Which drugs are legal and which are prohibited has changed again and again in the course of time: depending on the cultural context, moral ideas and financial as well as power-political interests of the rulers.

Drug policy was - and is - always an instrument of social control and exclusion: prohibitions were often explicitly directed against socially weaker population groups, while well-off circles were not prosecuted. Health considerations played a subordinate role in the design of drug policy or were often merely a pretext for a policy aimed at discrimination.

Our review of the year shows how the ban on drugs came about. 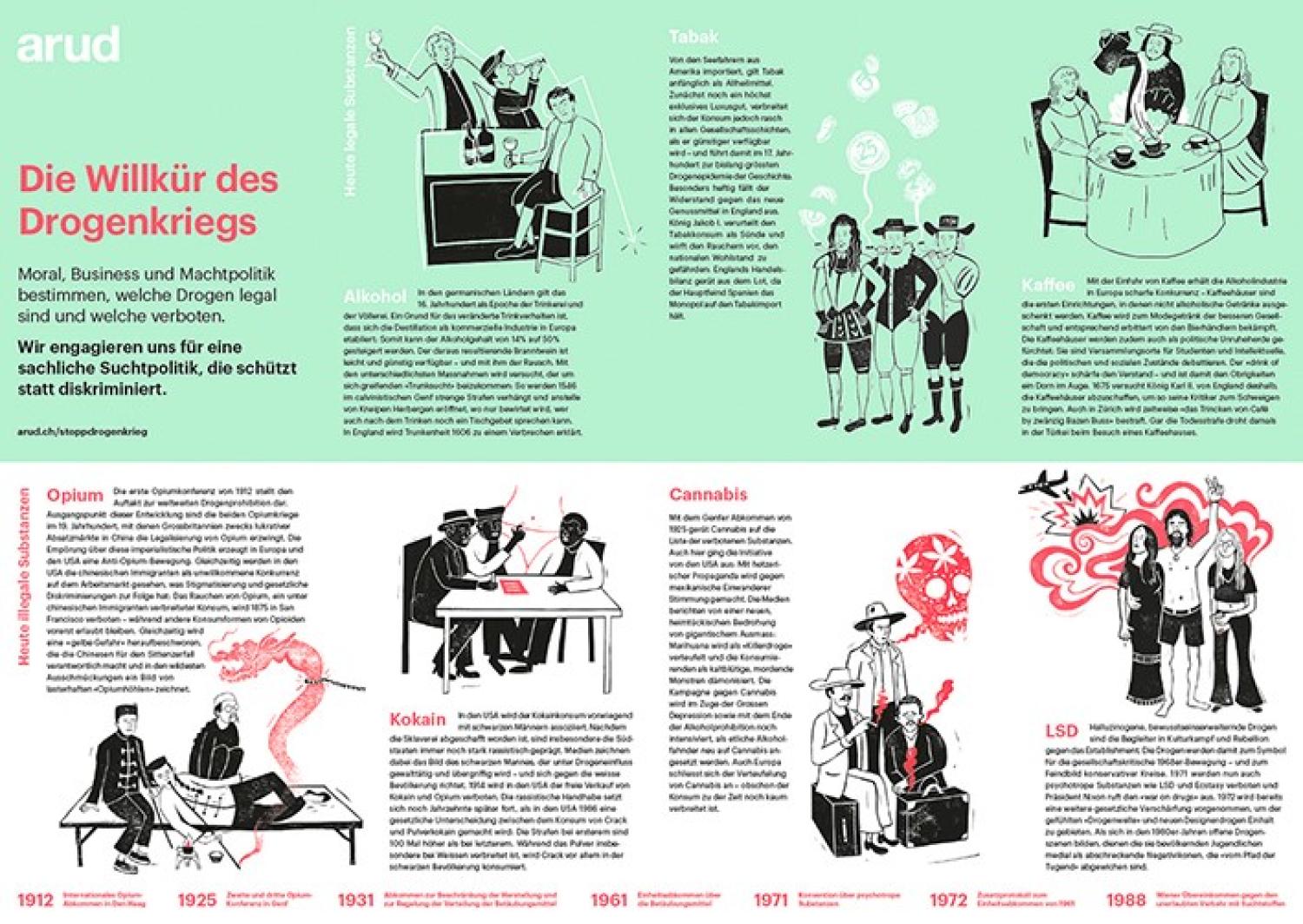 The arbitrariness of the drug war
We show how today's drug ban came about and what the reasons for it are.